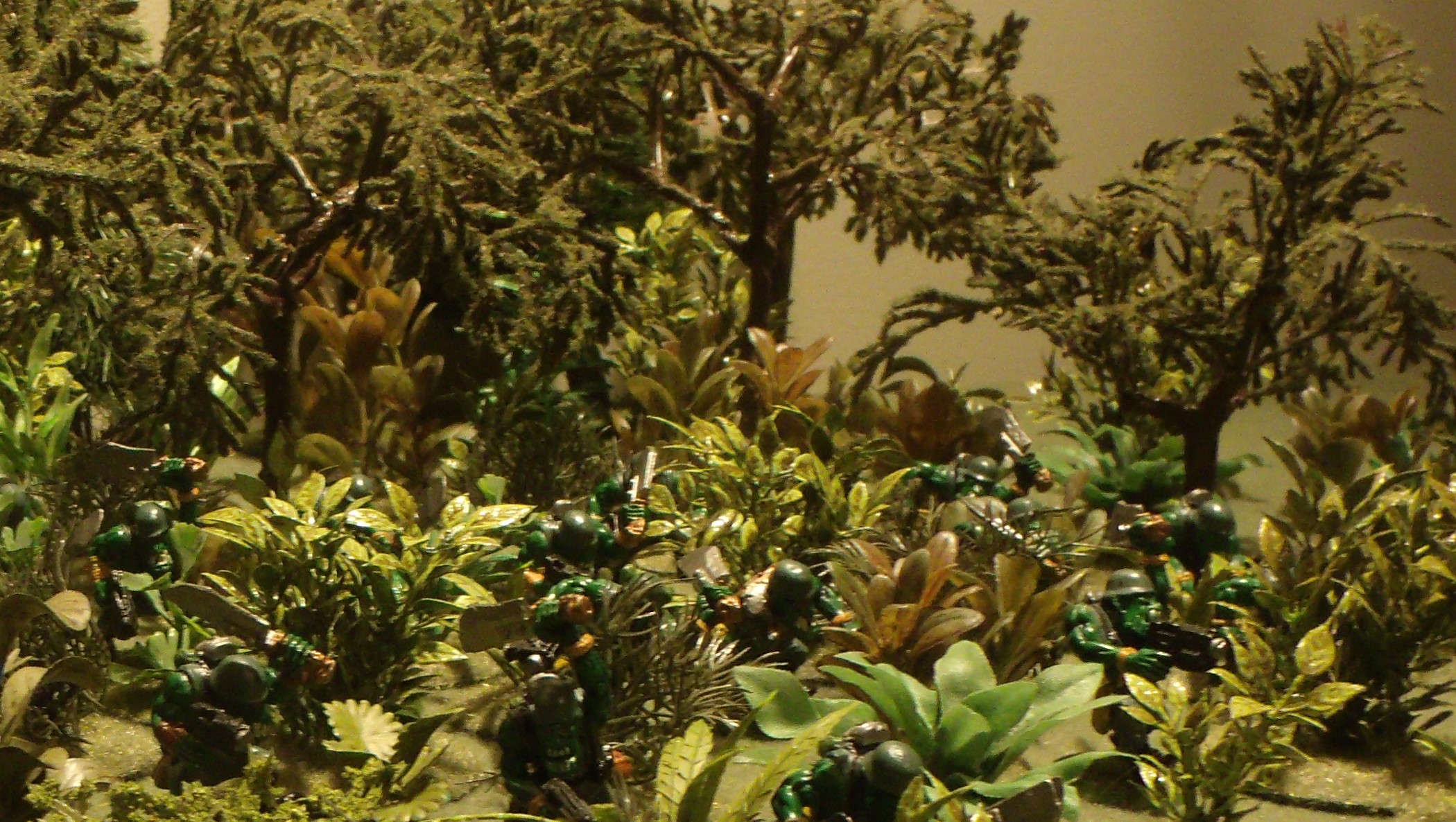 Making your plants in different sizes is very important to making them look realistic. Sometimes though, it isn’t as simple as making a ‘taller’ version of a smaller plant, or the other way around. If you aren’t careful, doing that can lead to plants that don’t look quite right. The solution to this is often fairly easy; simply keep in mind that taller plants needs to be wider at the base than the smaller version of the same plant. The above picture illustrates our point. Instead of just creating a taller version of the smaller plants, we also built up the base to keep the proportions similar. Because of this, they still manage to look much more natural.

This closely grouped plant was made by simply cutting the full sized plant into smaller sections. To make a taller version, simply cut one less section of the main stock.

The following three plants are examples of just some of the many variations of the radial method of basing we’ve described in earlier tutorials. In these examples we used a straw with holes punched in it, cheap plastic beads with hot glue, and a wooden dowel respectively to form a simple pedestal.

This time we combined the radial mounting method with a closely grouped setting. We created a central stem by punching eight holes in a straw and then gluing leaves into the holes with the tops being inserted into the top opening.

Only the leaves were usable on this plant, but it still looks good when plastic beads are used to make a central stock for it.

We selected a plant with lots of small leaves for this project. Start by drilling a bunch of holes into your central core. In this case we used a wooden dowel. Resin, plaster castings, or even actual branches will also work nicely. Basically, anything that you can drill into will work with this method.

The end tips of the original plant were used for the lower branches and the smaller ones for the upper branches.

After detailing the trunk and adding some roots with hot glue, we then spray painted the tree.

Applying the flocking is the hardest part of making one of these because it’s a little time consuming. We used a cheap paint brush to apply PVA glue to all of the parts we want covered in flock and then we sprinkle on the flock.

Using the same methods, and some different varieties of plants, we quickly developed a table that was diverse, but unified.