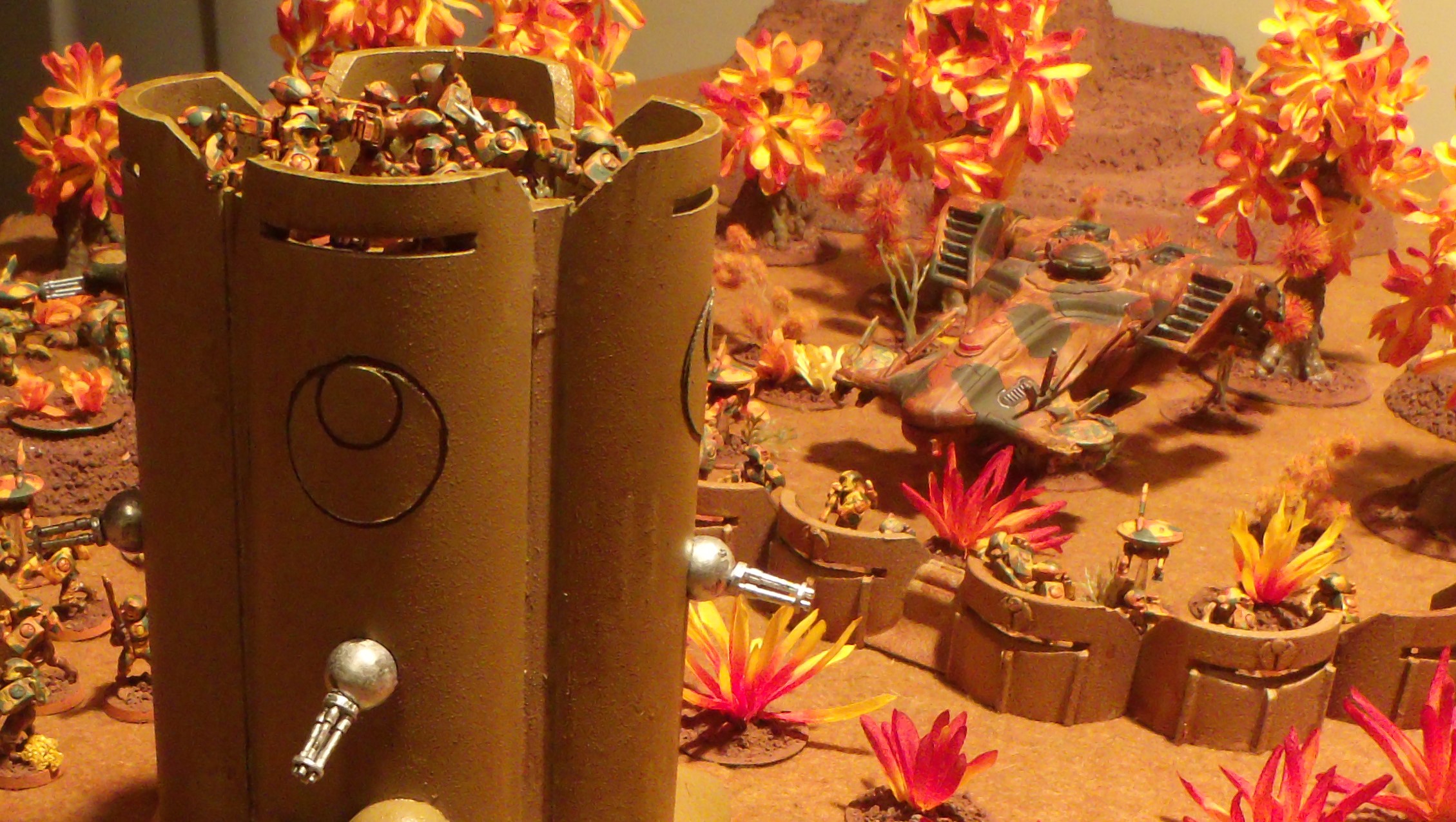 This project was made with two sizes of PVC pipes and some scrap pieces of wood (hard foam would have worked just as well).

The first step was to cut the smaller pipe in half, then cut the firing slits and drill the ball mount hole into the pieces.

Next the larger pipe was capped off and the four half pieces were glued onto the side.

The door consisted of four separate pieces that were leftovers from an earlier project. A notch was cut into the base and the door was glued into it.

The wooden pieces were all primered and then sanded several times to ensure a smooth surface without any wood grain. The model was then assembled and all of the large gaps were filled with wood and the small gaps with paintable caulking.

The guns were made by filing down the backend of some spare bits and inserting them into a wooden bead.