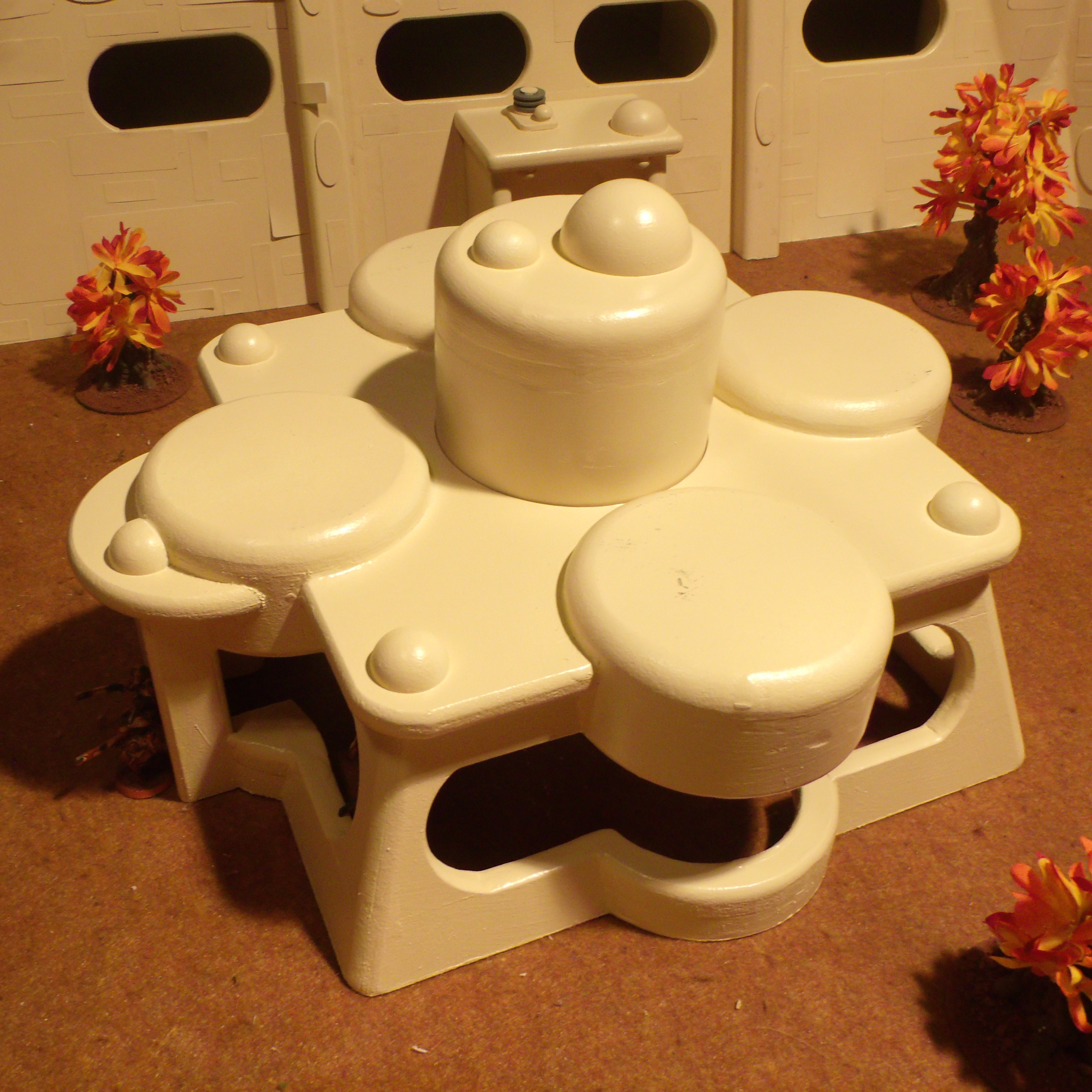 With its large windows, this building is intended to be a restaurant or some other public access business. We’re toying with the idea of a +1 to hunger rolls for its terrain dataslate, but that might be hard to balance.

The first step in making this project was to make the walls. The intent was to have the walls leaning in at a gentle 15degrees slant. For this reason the tops and bottoms of the walls both have a 15 deg. Bevel cut into them so that they sit flat and match up with the roof. The ends were also cut at the same 15 deg. Slant.

A 45 deg. Bevel was also cut into the inside edges of the ends to make the corners match up nicely.

The four walls were then glued together and the corners were rounder over.

Next the roof was laid out to be slightly bigger than the top of the walls required so that it would have a slight overhang.

A hole saw was then used to cut the holes into the roof.

The roof was then glued onto the walls, and setting us up to begin cutting the bay window openings. These next steps will be the subject for the next article.