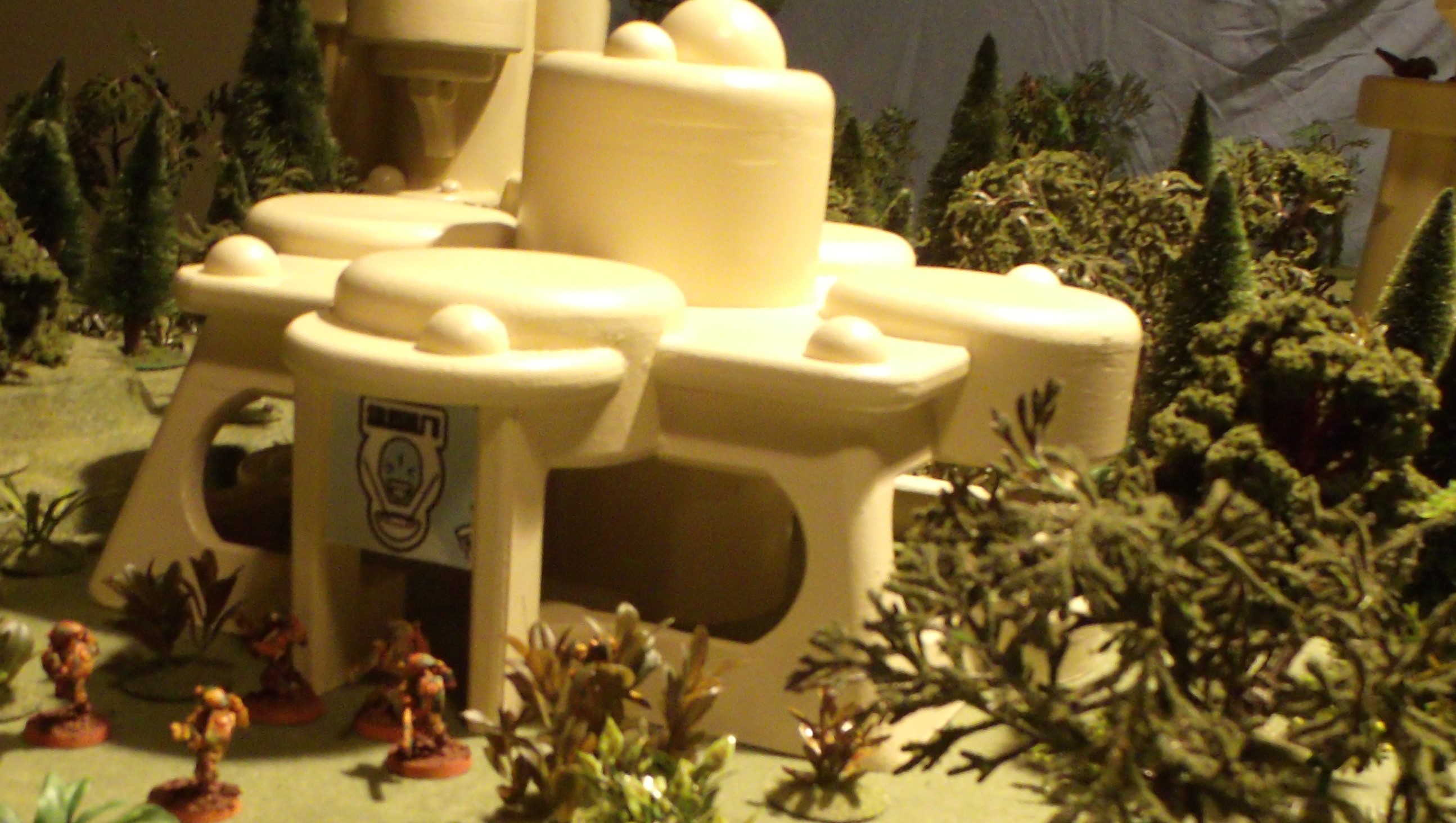 With the roof firmly glued into place to keep everything else from moving, the holes in the walls for the bay windows were cut using the hole saw.

The dormer portion of the bay windows was made by gluing a piece of wood onto the top of the PVC pipe, then rounding it over and smoothing the edges. The wood and PVC were glued together using ordinary pluming PVC glue.

The lower portion of the bay window was made the same way, but with the center cut out of the piece of wood. These along with the entrance were the most fiddly portion to make since they required a lot of minor adjustments before they fit properly.

Because this is a large building, the windows only give partial access to the inside of the structure. To help alleviate this problem, the central core was added to the building. It is a separate removable piece that can be set aside whenever game play requires it.

Because this model is made of two very different materials, the next step is a little different than normal. Most paint won’t stick to PVC very well so it was first necessary to primer the plastic portions with a paint that “bonds to plastic”. The wooden portions required several coats of wood primer with a light sanding between each coat.