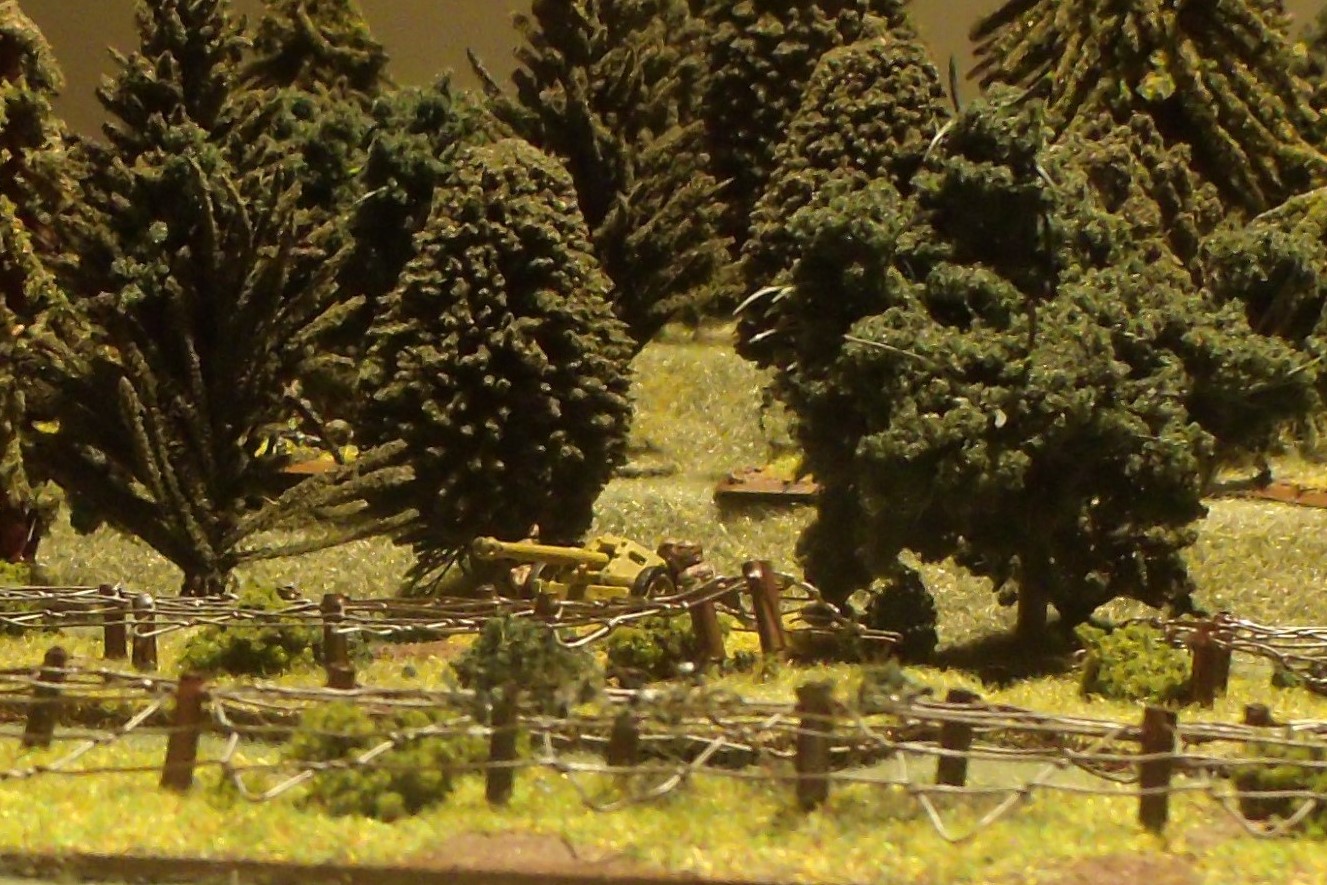 The first step in making some wire obstacles is deciding on what style you want to make. Factors like time period, location, and nation of origin can have a very big influence on what you choose to make. You can easily spend a lot of time researching your particular area of interest if you want. Or, you can just look at what we did to decide to emulate us. The following is a quick summary of some of the more basic types of obstacles.

By far the most common type of wire obstacle seen in games is some form of Concertina. It is the easiest to make, however it is a somewhat new invention, and wouldn’t have been used at all during the Great War. It was used during the Second World War, but wasn’t as common as most people think.

During the Great War, wire emplacement usually wasn’t as refined as it would later become. It frequently was installed under cover of darkness and usually had to contend with harassing fire from the opposing trenches. This made the wire emplacements look a lot more random and haphazard.

If, however, time permitted and engineers were available to do the installation, then it would look like something more refined and organized.

During the Second World War the Double Apron fence was by far the most common. It has many different variations, but basically consists of a normal fence with sloping portions staked to the ground on both sides.

We ended up using a Double Apron Double Row configuration for our own obstacles set. We used it because it filled up most of the base, and we just liked the look of it.

There are lots of possibilities with wire obstacles, so decide what you like the best, and go with it.
In the next article we will get into the details of how to make a Double Apron Double Row obstacle.